The online survey comparing the opinions of respondents born between the mid-1940s and mid-1960s (baby boomers) and between the early 1980s and mid-1990s (millennials), asked how well represented they feel by the way they see people look, act and have similar views to them in the media and advertising. 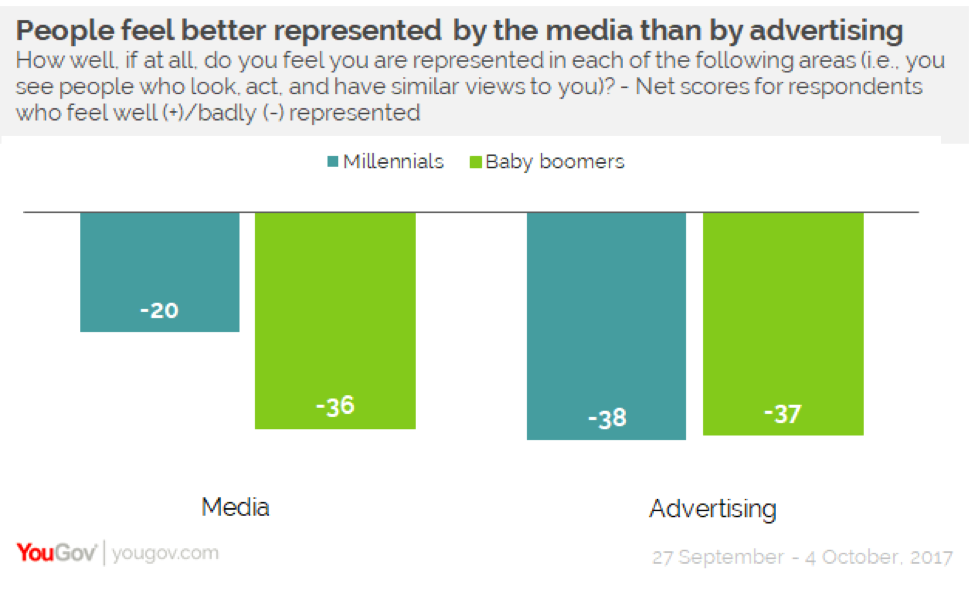 Across both age groups, the biggest reasons for respondents feeling unrepresented in the media and/or advertising were on account of socioeconomic class (cited by 4 in 10), age (also cited by 4 in 10) and their occupation (cited by 35%).

Millennials’ love of the digital world is well-documented, with selfies and social media playing a prominent role in many young people’s lives. Less attention is paid to the time baby boomers spend on social media. The YouGov Omnibus survey also found that almost seven in ten baby boomers either read or watch content from social media at least once a day; the same proportion as millennials.

Despite similar levels of usage, social media appears to shape consumer spending far more for millennials than for baby boomers. While 41% of millennials make purchases based on things they’ve seen on social media at least once a month just 27% boomers do. 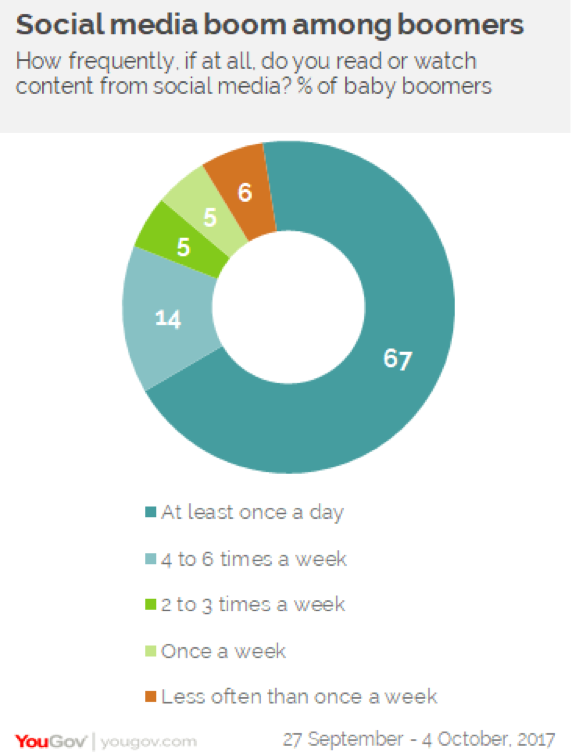 Commenting on the findings, Head of Omnibus, Jake Gammon, said, “With two-thirds of baby boomers consuming content on social media at least once a day, and only 27% influenced by the channel before purchasing items once a month, our research suggests the digital savviness of older generations is being underestimated by marketers. That coupled with the fact that age is cited as one of the biggest reasons boomers feel misrepresented by the media and advertising makes the case for a digital strategy re-focused on engaging multiple age ranges.”

Data was collected online by YouGov Omnibus between 27 September and 4 October 2017 among 610 respondents in Hong Kong. Results are representative of the adult online population.