Chinese consumers look set to spend more on Singles’ Day this year than they did last year. New research from YouGov Omnibus finds that around six out of ten (60%) Chinese consumers that intend to shop on 11.11 have budgeted more than ¥1,000 this year. This is up from 49% who said the same last year.

It is not only that consumers are planning on spending more this year but there are also more consumers planning to shop on Singles’ Day this year. Of those polled, nearly one in ten (9%) say this year will be their first time shopping on 11.11. Nearly three quarters of respondents (73%) are repeat shoppers.

Overall, consumers seem to have a good idea of what they will buy on Singles’ Day; just 1% do not have a plan for what they plan on purchasing. While clothing and apparel remains the most popular purchase for consumers, fewer intend on making purchases from this category on Singles’ Day this year, down from 64% of those polled in 2016 to 55% this year. The popularity of snacks, bakery and confectionary has also seen a slight fall this year, down from 49% to 42%. 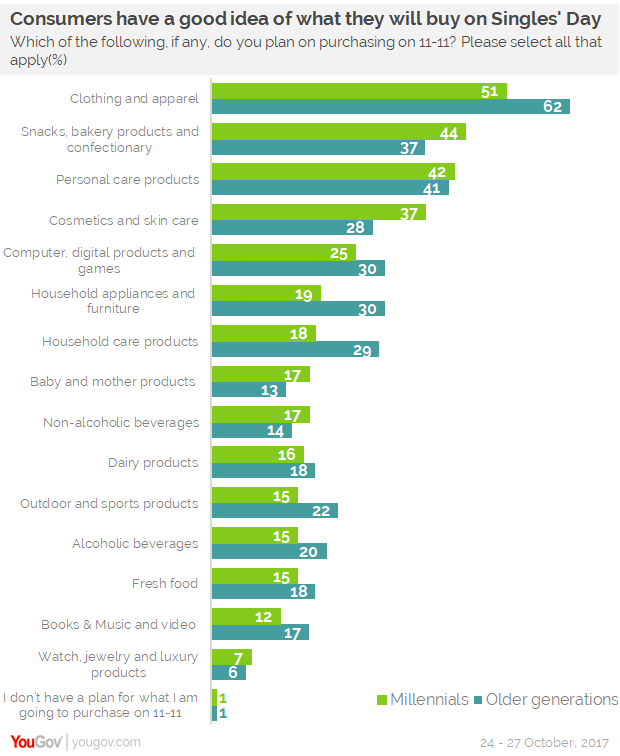