Almost half (47%) of Hong Kongers have thought about migrating, new research from YouGov finds. 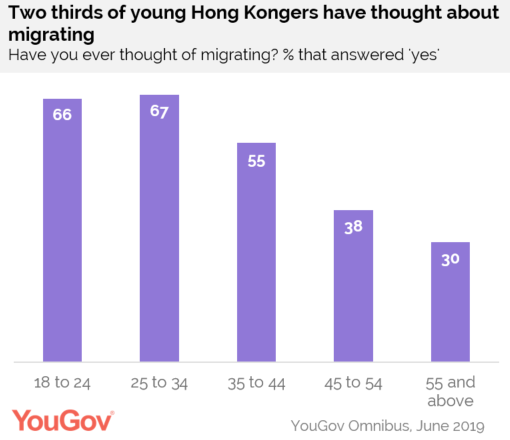 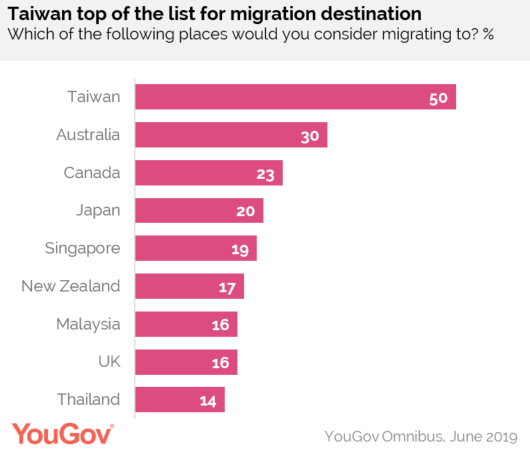 The most popular way that Hong Kongers intend to migrate is by making investments (37%). Other ways to migrate include finding a job as a skilled worker (28%), marrying a local citizen (17%), or as a business innovator (14%). Women are twice as likely to marry as a form of migration than men (22% vs. 11%).

Cindy Chan, General Manager of Greater China at YouGov Omnibus commented: “It is unsurprising to see that a significant amount of Hong Kongers are thinking of migrating recently. What is interesting is that Taiwan is now the top migration destination, ahead of destinations like Australia, Canada and the US. The question will be to see how this trend changes in the near future and how many Hong Kongers will turn their thoughts into action.”

***Results based on 892 Hong Kongers surveyed by YouGov Omnibus