Recent ongoing social activities in Hong Kong has had an effect on the public in several ways, including the way they consume media, latest YouGov research shows. 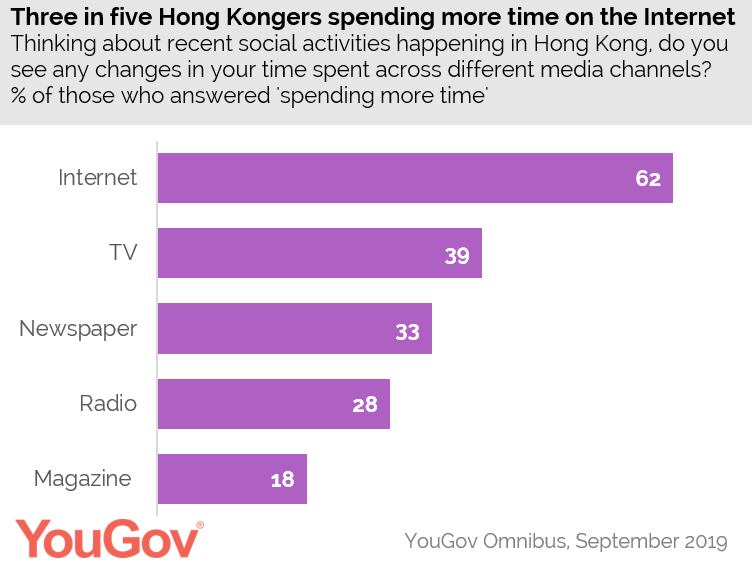 Among those who are spending more time on the Internet, Hong Kongers are spending more time on social media. The most popular platform of which is Facebook, with seven in ten (72%) using it more. Most notably, the majority (78%) rely on Facebook for news. The second most popular social media platform is YouTube, with over two thirds (68%) using it more. Similarly, the majority (61%) are using it for news.

Cindy Chan, General Manager of Greater China at YouGov Omnibus commented: “With the ongoing social activities in Hong Kong, many Hong Kongers have had their lives affected in many ways. Considering the volume of news reported via different media channels, we thought it interesting to look at how consumption of media have changed.”